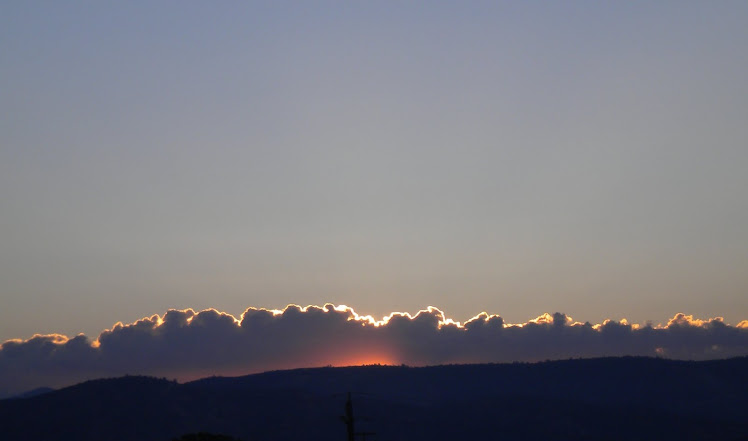 Thanksgiving, Flotilla, and the Hanging of the Greens

I am still happy to be out here!  I think it's beautiful.  I haven't really made any friends yet but I'm hoping to nurture some aquantences into friends.  It all takes time.  I hope you all had a great Thanksgiving!  Pumpkin woke up with a tummy ache and a hard time breathing.  I put him on his machine and soon after he threw up in it poor little man he spent the day eating crackers and drinking ginger ale.  It was the first Thanksgiving without my dad and we really missed him it was also his birthday :(.  My brother drove up from Florida and brought his girlfriend.  I was really happy to meet her she seemed really nice.  She took over the kitchen and made a really great feast for us all and many pies!  I can still taste the Waldorf salad mmm. 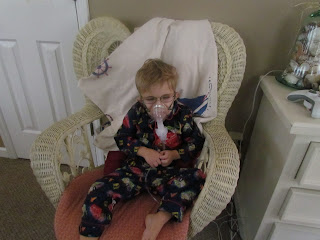 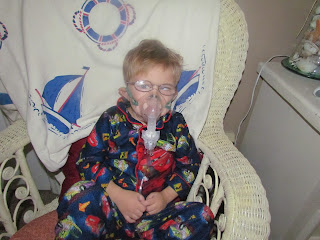 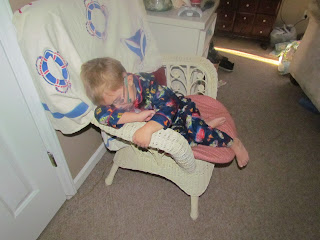 Pumpkin on his machine the last one he looked like he was going to fall asleep moments later is when he got sick :(
The day after Thanksgiving we had a little party for my brother Nate because his birthday was on Tuesday and he had school and Nick would be going back home so we rented movies, played some card games, and ate some ribs (Nate's favorite). 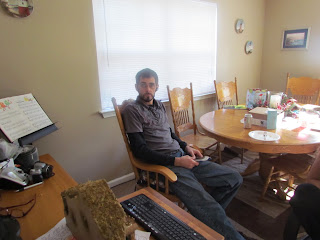 On Saturday we went to the Christmas Flotilla Festival were I had my first boiled peanuts and funnel cake which both are really good.  The funnel cake was a bit sweet and had a lot of oil so I couldn't eat much.  We were covered in powdered sugar by the end but enjoyed ourselves.  We were going to let the kids play on the five bounce houses they had set up but they wanted $10 per child so we decided the beach would be a better option.  Afterwards we went home and came back for the Holiday Flotilla Parade and fireworks.  We were a little late and had to walk a mile but it was worth it.  I can't believe how great the fireworks were and hope that they were only a glimpse into what we can expect for the Fourth of July!  Monkey, Mr A and Pumpkin made a new friend who shared his light sword.  After the parade but before the fireworks my brother and his girlfriend headed home but took a little friend with them...one of my sisters little kittens.  It was old enough to go and they loved her.  We are glad she went to a good home. 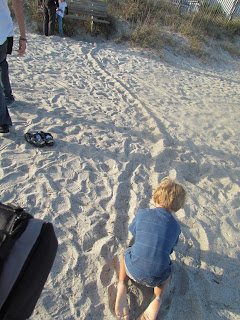 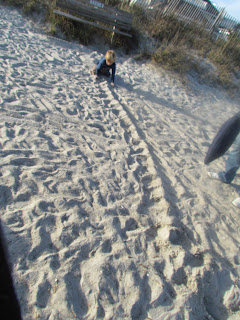 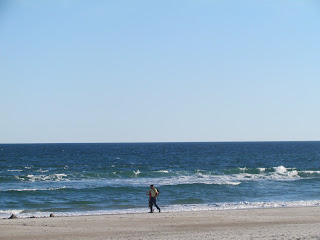 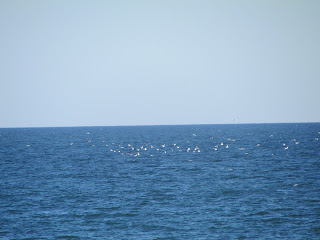 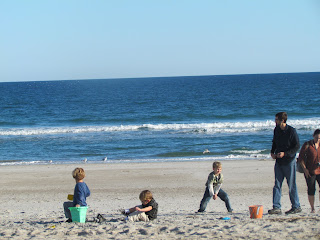 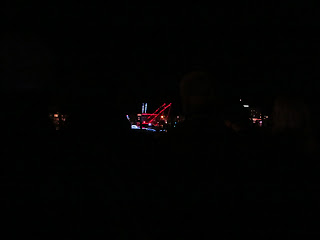 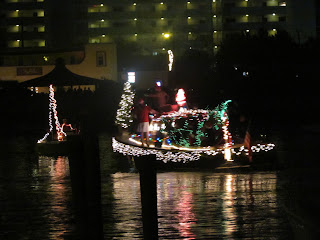 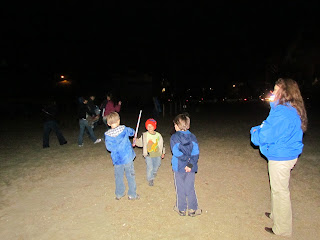 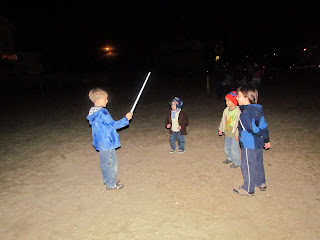 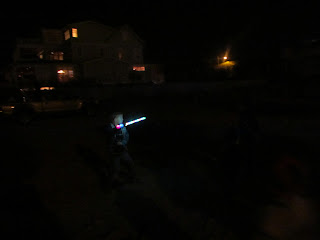 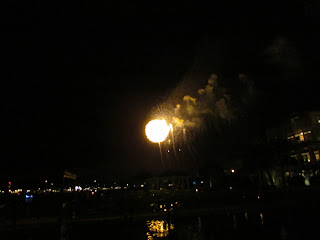 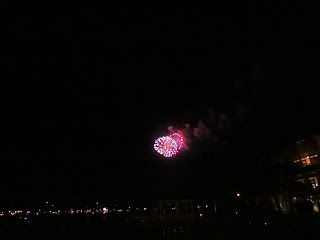 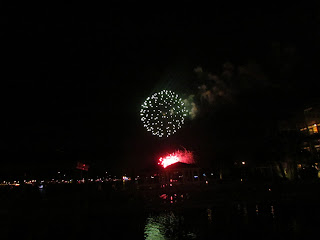 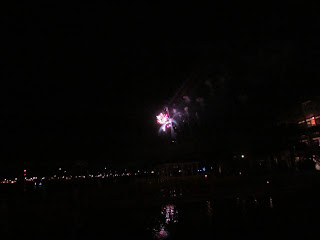 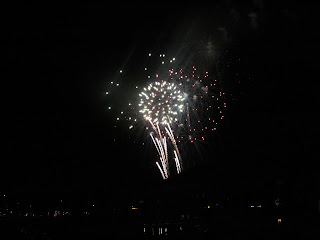 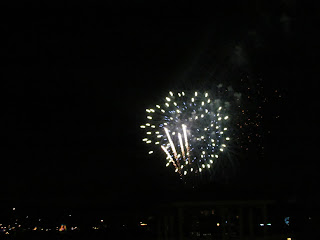 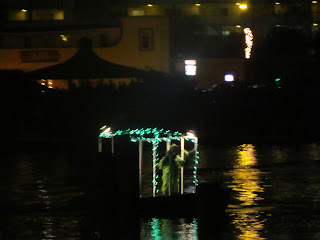 On Sunday the boys and I began our first ever celebration of Advent.  I googled a lot of my ideas and bought a wreath with some cinnamon pinecones, plastic holly, and ribbon to go on it.  I got my purple and white candles (couldn't find pink) and we prayed and sung over our candle.  Then we read some from the bible about hope.  It was really fun.  I realized while singing, that my boys do not know Christmas songs off the top of their heads...I'm going to have that remedied by the end of the season lol. 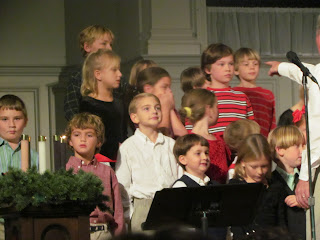 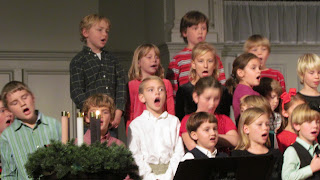 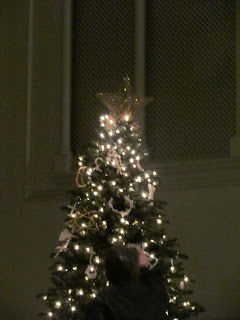 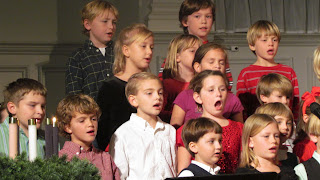 Yesterday Mr A and Monkey had their concert at one of the churchs we have been visiting on Wednesday.  It was a lot of fun we got to help decorate the Chrismon tree which I had never heard of before, see the hanging of the greens, the Advent candle being lit, and the singing.  It really helps put you in the spirit and I would recommend attending a hanging of the greens
service! 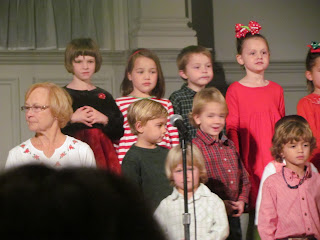 We have been doing our school work and are now an official school I filed the paperwork a couple weeks ago so yeay.  I had to name our school so I chose Whole Heart Academy.  I think that about sums it up lol.  I believe in order to reach our children and teach them you need to reach their hearts.

Today is the first day of December so we get to begin our count down calendar and our Advent
box yeay (ps I still need to find one O.O don't tattle lol.  I have a twelve days of Christmas one already that has different objects in them to remind us of Jesus but that one has to wait a bit still.
This brings us up to this weekend and I am excited to say we have three holiday parades to attend!  Thats one every night this weekend yeay!  Did I mention how much I love the holidays?  Especially Christmas!  I will post some pictures of them as soon as I can.

So what are you doing for the holidays?  I'd love to hear all about them and if you do any Advent activites.